The History and Heritage of Birkenhead Institute 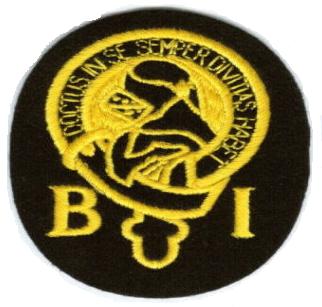 Welcome to the "Spirit of Birkenhead Institute" News Page

Firstly, I would like to offer many, many thanks to everyone who has sent in articles, pictures, images, and information for the site during 2009. These have helped to make the site vibrant and interesting, and have added value to the original information which I included when I set the site up in 2008.

Secondly, I would like to thank everyone who has given such positive comments in the Visitors' Book, and for all your memories of the school. Please continue to keep sending in your comments and memories!

Owing to all of your generous contributions and your help, I have been able to add a new dedicated site for The Visor earlier in 2009, and more recently, I have added a special site for your memories of the Birkenhead Institute. These sites can be found respectively at:-

In 2008, I also created a dedicated site to the first Headmaster of the Birkenhead Institute, William Sang Connacher. This site may be of interest to those of you who wish to read about the early years of the school, and how Mr Connacher became its first Headmaster, and his great achievements on behalf of the Birkenhead Institute from the opening of the school in 1889. Mr Connacher's dedication and direction helped to establish the school on a permanent basis, and his name was given to the B.I. annual school award "The Connacher Memorial Prize for English".   The site can be found at:-

BIOB : A NEW AND EXCITING SITE FOR ALL FORMER B.I. PUPILS AND STAFF

Ron Whitmore, former pupil, has sent in a fascinating article via Tony Moody in Australia, and this can be seen in the "Your Memories" page of the pupils' memories site. I would like to thank Tony and Ron for this valuable contribution.

Nigel Thomas, former pupil, has sent in some amazing memories of his time at the B.I., and also some of his Grandfather, Edward Molyneux, who was a pupil at the school in the early part of the last century. These can be seen in the "Your Memories" page of the pupils' memories web site.

I hope to add more information from The Visor school magazines to the site shortly, so please keep looking for updates via the "Latest Additions" page on the Visor site above. For example, I have recently added an item about the B.I. Junior School and its magazine "The Whetsonian" on the pupils' memories site, which is of particular interest, because this magazine was the forerunner of the Visor. (Please see below).

An extra element to this site has recently been added called "Whetstonian", which covers the early history of Birkenhead Institute. This new site has been named after the first B.I. school magazine, "Whetsonian".  I am in the process of adding some early history and pictures of the school to this site, so please have a look, and let me have your thoughts.. The site can be found at:-

I am extremely sad to report the death of Mr Len Malcolm this week, 6th December, 2010. I have some information kindly sent by Keith Dutton below, and I shall add any further information to this site as soon as I receive it. Mr Malcolm was known as "Mr Institute", as he was not only a pupil at the school, but also a fine teacher and Deputy Headmaster, giving most of his life to the school. His teaching and his strong presence at Birkenhead Institute will never be forgotten, and speaking personally, he had a great and lasting influence upon my academic life.

"It is with deep regret that we have to announce the death of L.T. Malcolm. The funeral will take place at Landican North Chapel next Friday 10th December, at 9:30am.

Former pupil Dean Johnson, Wirral musician, is working on a music project about Wilfred Owen called "Bullets and Daffodils".  More information about Dean's project can be found within the Wilfred Owen page, including a link to Dean's web site. Dean is also going to present his Wilfred Owen project at Birkenhead Library in November, 2010. (See below).  There is also an article on the Wilfred Owen page about Dean's work, (See also Latest Additions page on the Visor site),  courtesy of the Shropshire Star. Dean presented some of his audio-visual project about Wilfred Owen at Birkenhead Library on 11th September, 2010, at 2.15pm and 3.30pm.  Songs and photographs from Bullets and Daffodils were featured.   I am pleased to be able to feature Dean's work on this site, and wish him well with this project.

Also, Dean is presenting a special tribute to Wilfred Owen at Christ Church, Bessborough Road, Oxton, on 15th December, 2010, at 7.30pm. .This is where Wilfred Owen used to attend Sunday School. More details can be found on the B.I. pupils' web site, (See link below), on the Wilfred Owen page.

January, 2011: Dean is releasing his debut single from his Wilfred Owen musical tribute. Please see the Wirral Globe article which Dean has passed to me, on the B.I. pupils' web site, under the Wilfred Owen page. (See link to site below).

For photographs and details of Dean's work, please also see the Dean Johnson section on my B.I. Pupils' webs site within the "Your Memories (2)" page. (A link to the site is shown below).

Dean Johnson has advised me that  Ceramicist Janet Holmes is constructing a detailed model of Birkenhead Institute buildings in Whetstone Lane. More details of this new venture can be seen on the new Pupils' Web Site within the Dean Johnson page:-

WILFRED OWEN AND THE SPIRIT OF BIRKENHEAD INSTITUTE

The imposing facade of the Birkenhead Institute was one of the most iconic to rise in the town during the Edwardian period. The embryonic talents of the young Wilfred Owen were nurtured there. Through its dark panelled corridors patrolled the stern form masters and eager prefects. Renowned for its sports, science and arts, it shaped the character of its pupils into outstanding ambassadors of a bygone age.

The original school was demolished in the 1980s but its proud edifice was preserved by one of its most timehonoured veterans. Art master David S W Jones created dozens of meticulous line drawings of his beloved Birkenhead Institute and these capture the true sense of time and place of the school?s fabled past.

At the Wilfred Owen Story and Gallery the public can view the most complete exhibition of these remarkable works that also depict other familiar Wirral landmarks. To coincide with this historic portfolio will be the unveiling of a specially commissioned ceramic replica of the Birkenhead Institute, created by Wirral ceramicist and Cheshire Woman Of The Year nominee Janet Holmes.

Taking her inspiration from David Jones' original sketches she has magically recaptured the spirit of the Birkenhead Institute; the cradle of Wilfred Owen?s genius.

Former B.I. Art Teacher Nancy Price painted a marvellous picture of Wilfred Owen, which can be seen at Birkenhead Central Library. (Main staircase, near to the top).  The picture is an excellent portrait of Wilfred, and what an asset she was to Birkenhead Institute.

I am sad to advise the death of Nancy Price on 27th December, 2011, and the details of her funeral arrangements are shown below.  I am sure that everone at the B.I. will remember Nancy as a wonderful person and Art Teacher, and my thoughts and best wishes go out to Nancy's family.

I am sorry to have to report that Nancy died on 27 December 2011.  The funeral will take place at Distington Crematorium at 2pm on Friday 13 January 2012.  Could you please let me know if you wish to attend?

Here is an elegy to Nancy, written by former B.I. pupil James Stewart, aka Seamus Stewart. (The Gaelic for James, which James uses in his poems):-

She lit a thousand lamps

that will shine until our dyings.

that will burn to our worlds endings.

She opened our eyes

in the passage of life.

She told us to seek,

To pass on the flame to those

who may see or not see

their seeing or not seeing is no matter.

And now she has gone.

But for us the fire still burns,

and she still remains,

Harry Burkett has reminded me about former Art Teacher Hetty Rosenbloom, who taught Art at the B.I. in the 1940s. She taught Art at the school prior to Nancy Price and Dave Jones. She was apparently very popular with the pupils, and if anyone has any more information, I shall be pleased to hear from you, and shall add this to this site.

ADDITIONAL SITE FOR YOUR MEMORIES

Owing to space restrictions, and the popularity of items which have been sent in to the site, I have now created an additional site for Pupils' and Staff memories at:-

Please continue to send in your items, which I shall be pleased to add to the new site!  I have already included some fascinating items about former pupil Glyn Norman Richards, who was a pupil at the B.I. in the 1920s. Many thanks to Glyn's family for providing these historic items and documents, including Glyn's Admission and Scholarship papers.

Finally, I have created three sites on Flickr,  two for Birkenhead Institute and one for Wilfred Owen. The B.I. sites include some interesting photographs from Birkenhead Institute's history. Also, on the separate Flickr site which has been set up for Wilfred Owen, I have added several interesting historical items, including Dean Johnson's musical tribute to Wilfred.  Full details and  links to the sites are shown on the Home Page of this site. I shall add further items to this site as time permits, and many of the photographs and images from this site have already been added, so please take a look.

Dean Johnson has kindly sent in an article from the Birkenhead News from November, 1926, with some very interesting information about the opening of the B.I. Sports Pavilion, (See picture below). Also, I would like to pass my many thanks to Jeff Walsh and Rob Wood in their support for the playing fields, and here are Jeff  Walsh's comments about the article:

"The Birkenhead News articles are very moving. We should be able to use them to mount a campaign to restore the field to its former glory. Any news about further developments? Do the old boys have any money to help? I would be happy to lend support."

The article and pictures can be seen on the Ingleborough Road page of my B.I. pupils' web site at:-

This web site has had some updates and changes made to bring it up to date, including some cosmetic changes to improve the appearance of the site. Photographs from the site are available on the Flickr Web Sites, (See above), as well as on the pages of this site. Owing to space, not every photograph is shown on this site, so please have a look at the Flickr sites where most of the pictures can be found.

I shall add more news shortly as it is received, and look forward to hearing your comments via the Visitors' Book or email.